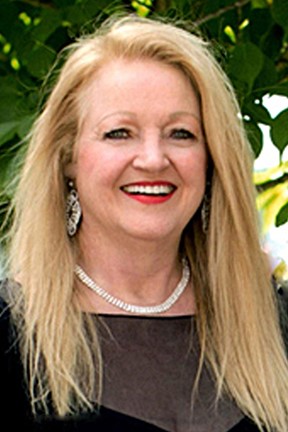 Rhonda Thomas Urdang is a studio artist working across multiple disciplines. Since founding Flagstaff Feminist Art Project, she has worked primarily in femmage, assemblage, book art, collage, digital manipulation, painting and satire. Her thought-provoking art pieces have been exhibited in more than 70 national and international juried group shows in 34 states since June 2014. Rhonda received her BFA in painting from the University of Nebraska at Omaha and worked in the graphic arts industry as a journeyman color separation artist. Rarely does she commit to one style – choosing rather to let her intuition guide her from one theme to the next – shedding light on the mystical tendencies that emerge in her visionary images. The significance of listening to her subconscious continues to be an abundant source of inspiration. Rhonda enjoys unraveling the mysteries of the cosmos through vivid imagination in her art practice nestled away in the magical southwestern landscape. Her experimental approach has earned numerous awards. 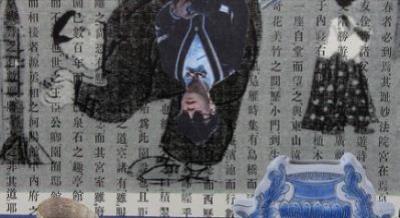 Musical Chairs is a game in which troupes parade to a tune around a queue of seats totaling one less than the thespians and stampede for chairs when the melody stops; or a state of affairs or sequence of proceedings symptomatic (as in hasty chaos or baffling commotion) of upheaval or pandemonium. One might think that I’ve just described the list of resignations or removals at The White House under the “global leadership” of Donald J. Trump within the past six months.

While perusing antique Shoppes along RT 66 at my home in Northern Arizona, I happened upon miniature ambrotypes and daguerreotypes which have been inspiration for this Artist’s Book. I’ve taken nameless spirito fantasma donna’s seized during the American Civil War era circa 1860 and have rearranged them in what appears to be an idiosyncratic manner. Black and white ghost images have numinously appeared and have been muddled by this proverbial “cook in the kitchen” – akin to the out-of-control temperament of the 45th President of the United States. Rumor has it that he’s been spending too much time behind closed doors in The Lincoln Bedroom.