1872: First woman suffrage campaign occurred in South Dakota. The earliest campaigns pursued enfranchisement alongside temperance, which would prove to be the biggest downfall of the suffrage movement until the early twentieth century.

1890: After South Dakota joined the union on November 2, 1889, South Dakota women– including Marietta Bones, Jane Rooker Breeden, and Emma Smith DeVoe, who helped to found the South Dakota Equal Suffrage Association (SDESA) - pursued and enfranchisement amendment for the 1890 election. The pursuit was unsuccessful.

1890-1898: Woman suffrage advocates pursued enfranchisement amendments in 1895 and in 1898, in which the resolutions both failed to pass.

1907-1912: After an almost ten-year hiatus, woman suffrage advocates unsuccessfully sought a resolution again in 1907, including temperance and suffrage advocate Mrs. Alice M.A. Pickler. A 1909 proposal separated the issues of temperance and suffrage, but once again failed. The decoupling of the suffrage-temperance union and the failure of the 1909 campaign ushered in a new leader and organization for the South Dakota suffrage campaign, Mary “Mamie” Shields Pyle, who reorganized advocates into the newly formed South Dakota Universal Franchise League (SDUFL).

1914: Suffrage advocates under Pyle and the SDUFL requested another suffrage amendment in 1913; though it passed both the Senate and the House, the male electorate of South Dakota chose to vote against suffrage once again.

1916: Advocates wasted no time in pursuing the amendment once more during the 1915 legislature, and predictably, the amendment passed the Senate and House. High immigrant populations in South Dakota – many of whom disagreed with woman suffrage – caused the amendment to fail once again. Prohibition did pass in the state, however, completely severing ties with the woman suffrage movement.

1918: The timing of the next campaign coincided with feelings of anti-German hysteria, both on a state and national level. In 1917, over 20 percent of South Dakota residents claimed some degree of German heritage. Recently elected in 1916, Governor Peter Norbeck realized the intrinsic issues surrounding the immigrant voting rights granted in the state’s constitution in 1889, noting South Dakota’s constitution pushed for immigrants to relocate to the area by promising them the right to vote if they lived in the state for six months. As a result, many immigrants who came to South Dakota filed on government land but has not completed their naturalization; nevertheless, they were fully qualified to vote. South Dakota male immigrants—including Germans—allowed to vote without full citizenship status alarmed many South Dakotans as the United States entered the First World War.

With the support of Governor Norbeck, the South Dakota legislature decided add on to the existing woman suffrage amendment bill ultimately disqualifying immigrants. This change essentially declared that, if South Dakota men voted against this bill, they essentially classified women as aliens. Initially alarmed by this adjustment, woman suffrage advocates in South Dakota soon realized this combination provided them with an opportunity to see woman suffrage pass. When South Dakota voted on the amendments in the fall of 1918, the state’s population finally saw the enfranchisement of its female constituents and South Dakota became the seventeenth state to grant full suffrage to women. 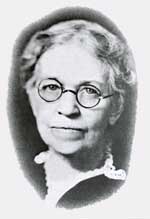 The Archives and Special Collections also houses most copies of The Volante, the USD student newspaper. Though most issues cannot be accessed digitally online, some issues do discuss students' and faculty's feelings towards woman suffrage. For more information, consult with the Archives and Special Collections to see which volumes would be of most assistance to consult! 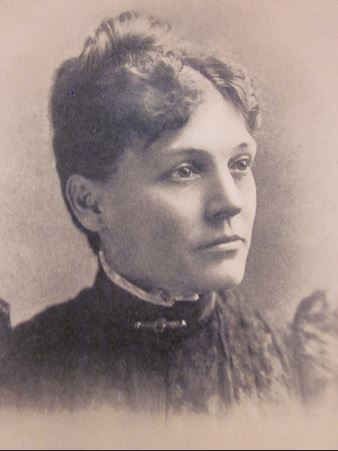 From South Dakota State Historical Society on Flickr: “Alice M. A. Pickler… A state official of the WCTU, she promoted woman’s suffrage in Dakota Territory and served on the executive board of the American Woman Suffrage Association. Her husband, John, was nicknamed “Old Petticoats” for his support of her causes in the Dakota Legislature and in Congress.”

John and Alice Pickler, and their landmark house in Faulkton,  SD Public Broadcasting.

Ruth Hipple, and her house in Pierre, National Park Service.

Visitor info for the Pyle House museum in Huron.